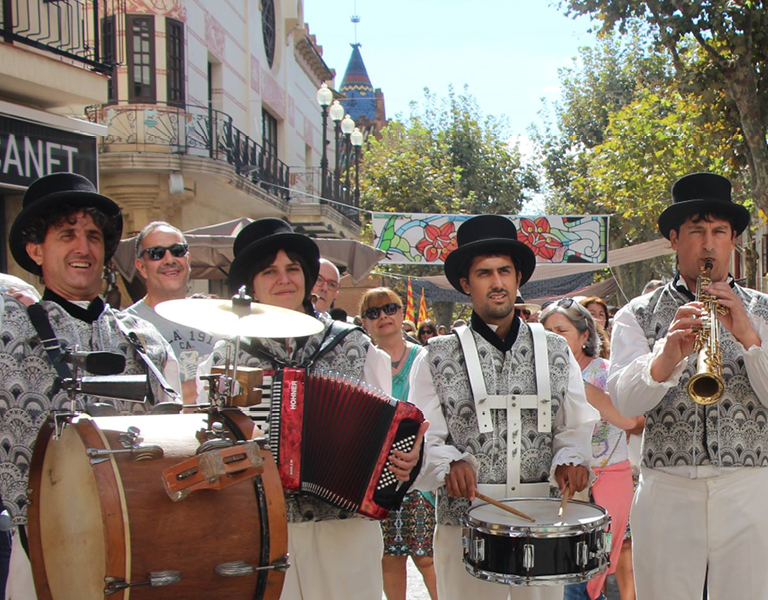 Xarop de Canya is a group of musicians and entertainers formed in autumn 1987. Initially, the group, exclusively musical, found its natural venue in the street, where it often alternated between processions and encounters with giants. Despite this simplicity, the unique sound of the group combined with their use of original costumes and a constant search for audience involvement, led Xarop de Canya to forge their own recognisable style.

In Capçanes they present Terrabastall a musical offering that combines melodies, styles and songs from some of the different cultural traditions of the Mediterranean peoples, taking as a starting point some of those from our own most traditional repertoire, as well as others from further afield and even their own creations.