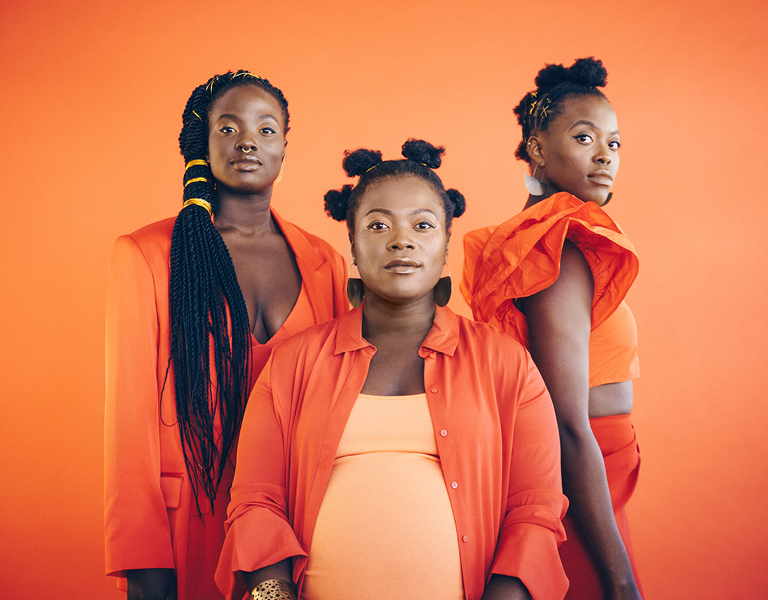 The Sey Sisters are a spectacular trio of voices that, through soul and a pop style imbued with African sounds, come together to fight injustice, defend human rights and convey hope for the future. These three sisters of Ghanaian descent combine their voices in vibrant harmonies backed by catchy rhythms as the vehicle to claim their place and their identity as Afro-descendants. “We open up a space for healing, for empowerment, to reinforce the feeling of community and to honour our ancestors and the people who have died and continue to die on the journey.”

In 2015 they released their first album Let Freedom Ring and in 2018 they released Rise, their second album with which they cemented their place on the Catalan music scene and began to blaze a trail elsewhere in Spain. This year they present their third album We got your Back where they reinvent themselves musically, searching for new sounds to reaffirm their anti-racist, feminist message.