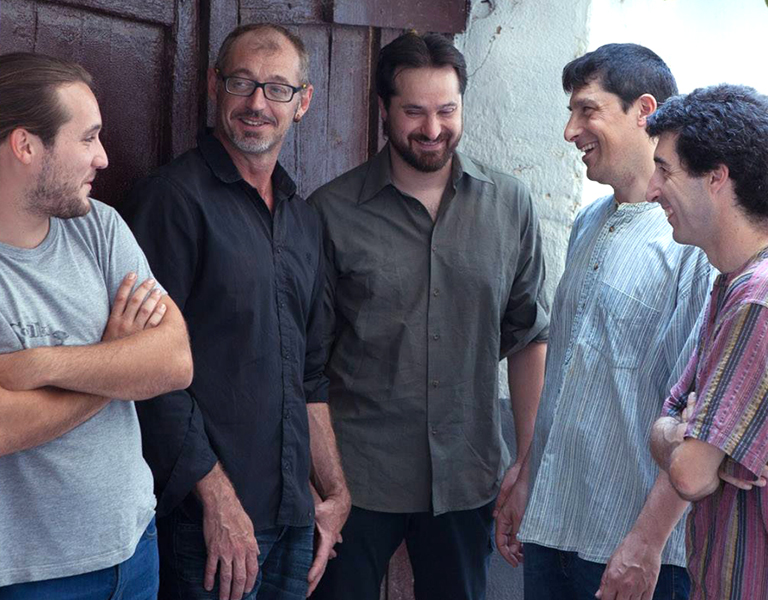 Solk is a folk band from the landscapes of the north of Castelló province and the Ebro region or, as they call them, the Mestral: “a rough, forgotten land, the beauty of which lies precisely in this, in the fossil landscape, in the culture of lost roots, in the depths of time.” Thus they describe the terrain immediately around Vinarós, their hometown. Starting out from traditional roots music, they build their own style with ingredients that come from very diverse, seemingly unrelated musical styles, such as folk, rock, classical music or rumba.