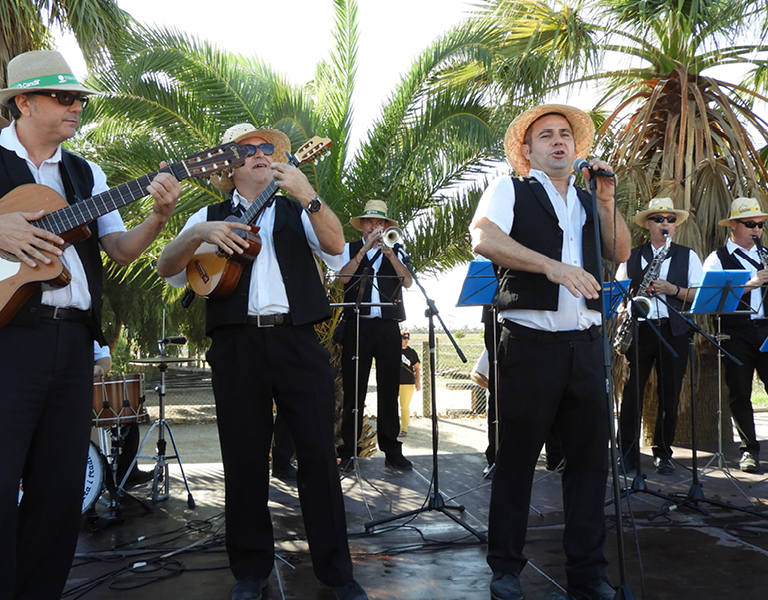 Sílvia Ampolla is co-founder of the Valencia band Sis veus per al poeta, and has appeared on the albums Lo món d’un mos by Pepet and Marieta, and M’agraden les onades by Sergi Trenzano. She plays the lute, guitar and guitarró, is part of traditional dance group Dansarrels and a member of traditional string group Los Segadors de Paüls. She teaches at Lo Plantel school of dance, song and traditional music in Tortosa.

Guardet lo Cantor is a musician and percussionist and has developed the ability to sing improvised jotas, just like the great singers of the last century such as Boca de Bou, Caragol, Carrinya, Perot, Canalero or Texidor. He stands out for the originality and versatility of his rhymes, as well as the timbre of his voice and the intensity of his music.