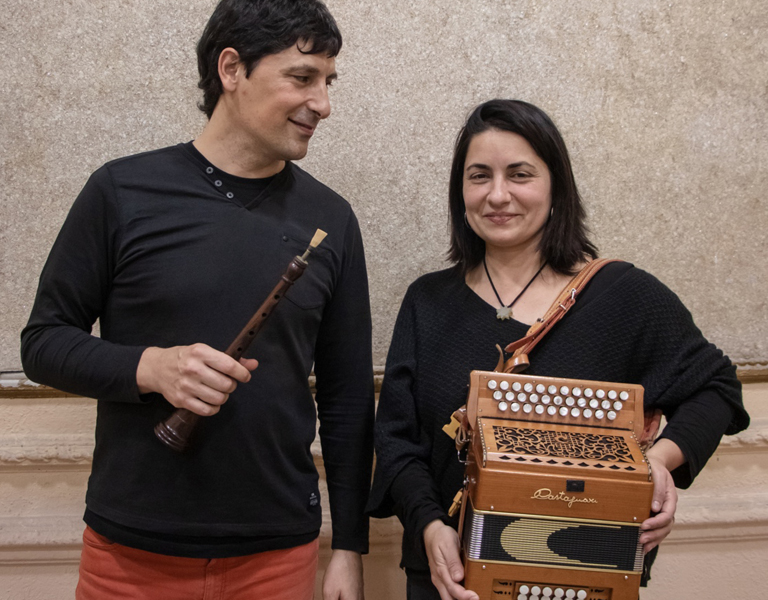 These instruments are the dolçaina in F (a double reed instrument in the oboe family), the bansuri (a bamboo flute) and the diatonic accordion. Their album reached number 8 in the 20 best albums in the world of folk music for April 2021 in the World Music Charts Europe. It is the first time that an album featuring the dolçaina as a main instrument has achieved this. The only artists from this country to feature in this list before are l’Ham de Foc, Miquel Gil and Maria del Mar Bonet.