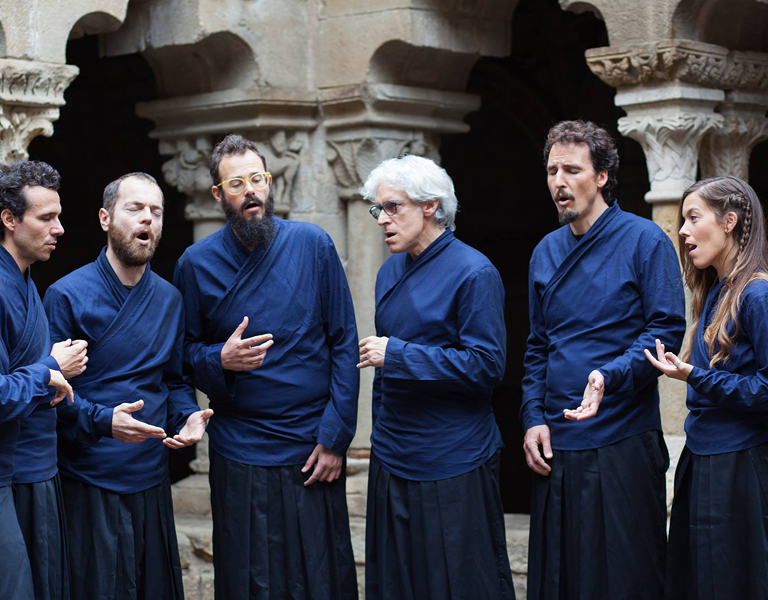 MuOm are an overtone singing group who create enveloping, wordless soundscapes. Their music is as close to contemporary minimalist currents as it is to choral polyphony and ancestral music. A MuOm concert invites you to pause and travel into the depths of the sound created by the a capella voices and their overlying harmonics.

This concert is part of the tour to present Terra, their fourth album (first in the Elementalia series). We will set out from from the evocation of the ineffable, subtle and transcendent (ether), to then immerse ourselves in that which is embodied, alive and fruitful (the earth element) through the evocation of different ancestral cultures (the roots of humanity and the origin of the relationship between the human being and life).