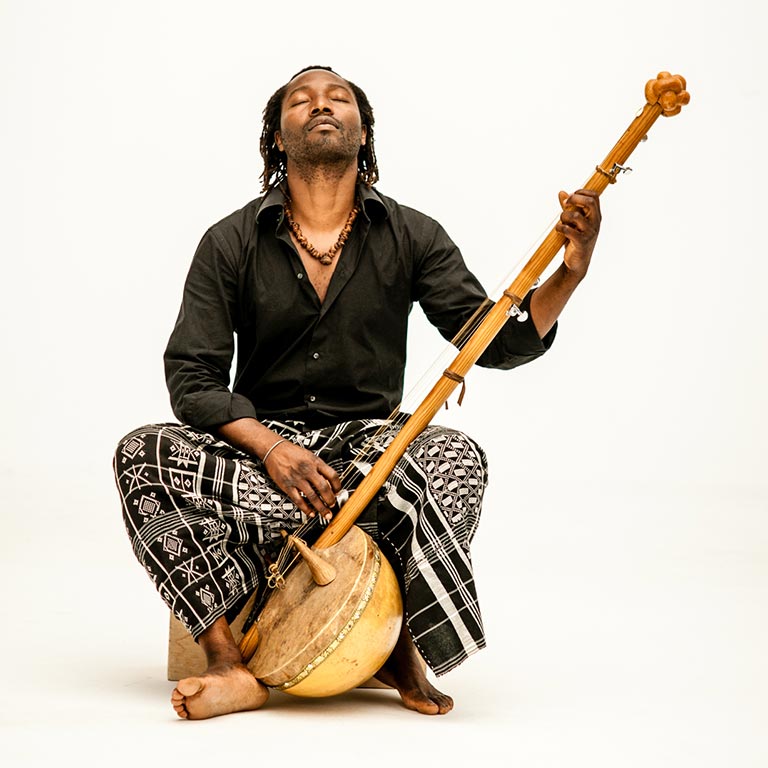 Born on the island of Bolama in Guinea-Bissau, he grew up influenced by the religious chants of the women of the Brami and Bijagos ethnic groups. His vast and eclectic curriculum includes a dozen discs already published and many scenes in Europe, Africa and America. He has collaborated with many musicians and projects such as La Locomotora Negra, the great Manu Dibango, Lula Pena and Fabiana Cozza among many others.

The music of Mû is made up of moments and alignments of moments. Made of modal plains and mountainous harmonic constructions. Of magnanimity and vindication. Of tremulous murmurs and warlike cries. Of intimacy, or extraversion, of shyness, dance, melancholy and celebration. The music of Mû cannot be explained. You have to live it.