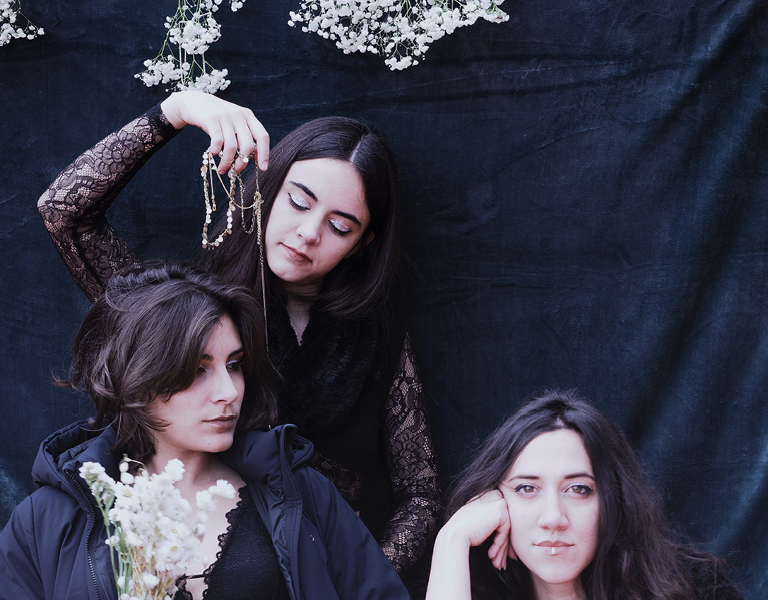 Marala are Selma Morena, Clara Fiol and Sandra Monfort, three women musicians and composers from Catalonia, the Balearic Islands and the Valencia region. Their songs draw on the present and on the ancestral songs of their origins. They sing them in three voices accompanied by guitar. A trenc d’alba (At Break of Dawn) is their first album. A set of original compositions that turns its gaze on their roots. A brilliant, groundbreaking piece of work in women’s voices.

The binaural microphone is a device that captures sound through 360 degrees, in a similar way to the human ear. Placed in the middle of the hall, the microphone delivers the voices of Marala in 3D to the audience through headphones that produce the same enveloping sound as the songs heard up close. Every one of the spectators can feel as though they are in the middle of the room. It is an intimate, personal experience that transcends the senses, and it is also a safe space where emotions can flow.