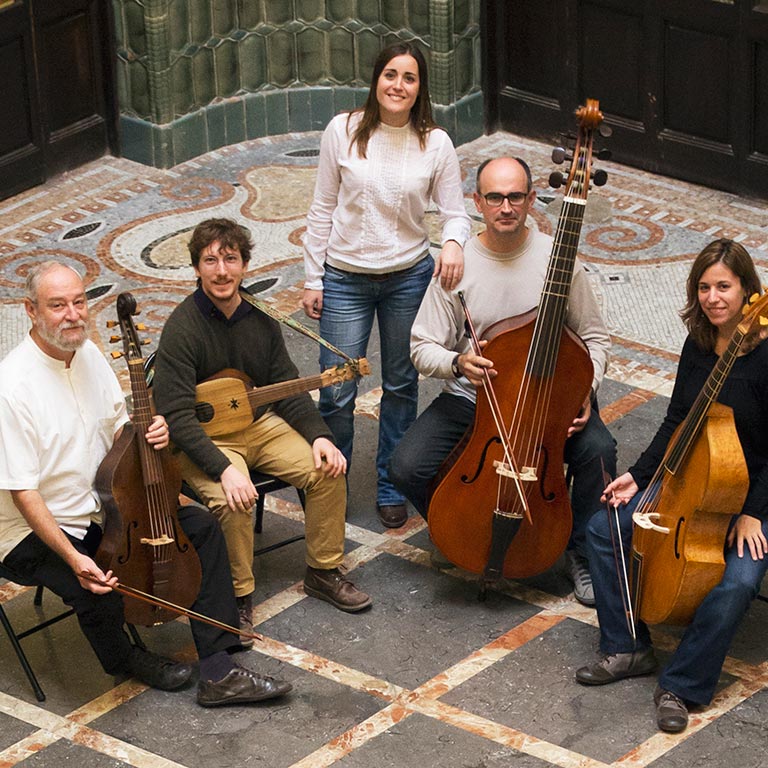 In Nomine is formed by a group of instrumentalists specialized in ancient classical music, all of them with a huge background. His repertoire is based on the genre of fantasy, which was cultivated throughout Europe during the sixteenth and seventeenth centuries. Their music is the result of a careful research, with their own arrangements adapted to the instruments they use, which are replicas of original models built by Sergi Casademunt. The program presented at the Festival Terrer is a walk through the vocal music of the Masters of the Cathedral of Tarragona during the sixteenth century, elbowing it with Italian instrumental music for “violas de gamba”. Works by Pere Alberch Vila, Nicassi Çorita, Melcior Robledo, Joan Pau Pujol and Joan Brudieu will be performed.

In the context of Any Amigó. With the support of Agència Catalana del Patrimoni and Departament de Cultura de la Generalitat de Catalunya.