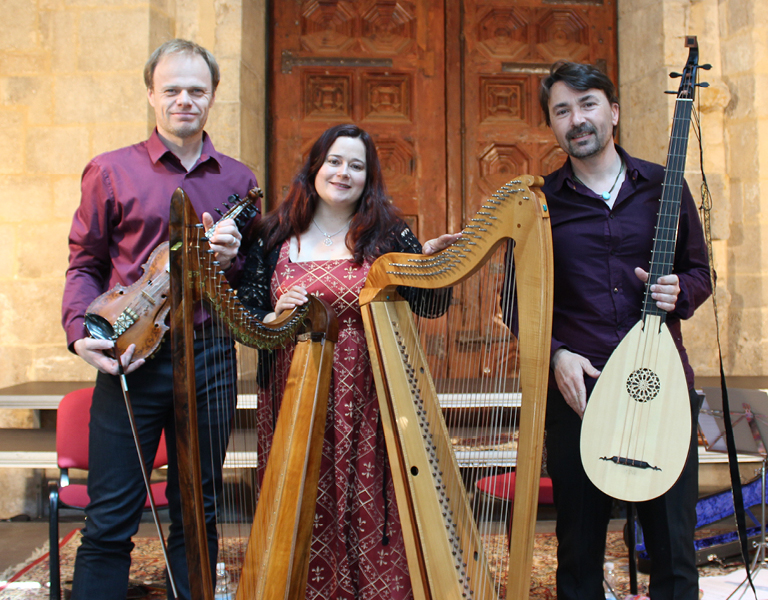 
Songs from North & South is a trip that connects the Mediterranean with the North Sea. Through the songs subtle bridges are established where a Catalan song and a Norwegian tune find rhythms and aspects in common, such as a Norwegian romance and a Sephardic song that share the same hue, or a Catalan romance that speaks of the love between a maiden from the Mediterranean and a nobleman from the north. The numerous trips made by Vikings, Catalans, Scots and Sephardim built invisible bridges that, thanks to music, can be felt and bear witness to this conductive thread between the south and the north.

A program where two voices, a Norwegian violin and harps come together in poetry and music that sings of love and the mystery of life. Old and modern songs come together in the present, and the ancestral tradition of telling a story in song with the harp blazes a new trail between north and south in the hands of Arianna Savall and Petter U. Johansen.