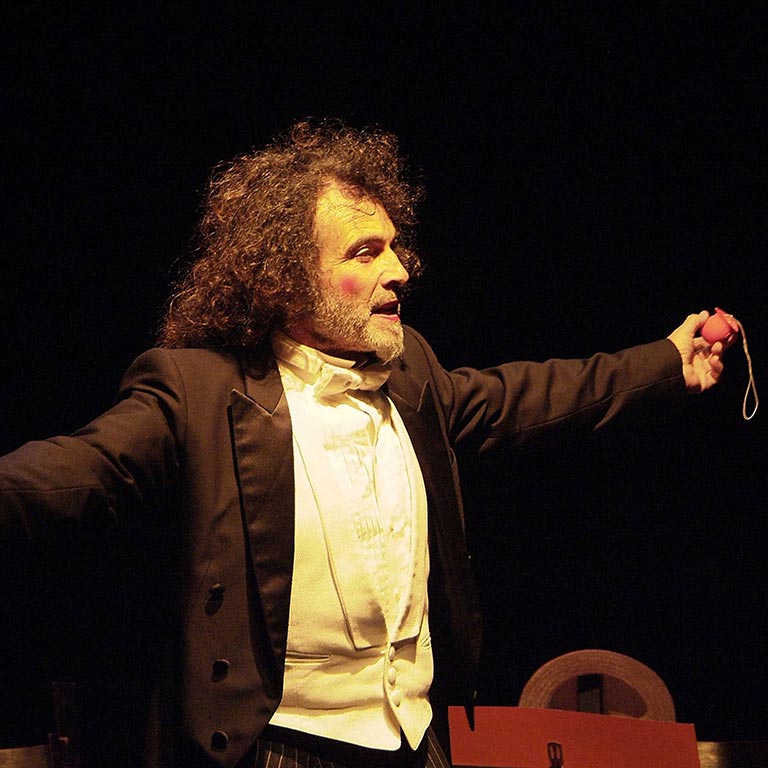 A staged concert, with music and adaptation of texts by Erik Satie (Honfleur 1866 – Paris 1925), which tries to capture the art, spirit and the peculiar personality of the French composer through his musical legacy, his writings and his legends.

The staging has been wrapped with touches of Circus and Cabaret, which are the schools of freedom that Satie estimated. The text has been created from Satie’s own writings, extracted from the books “Memoirs of an Amnesic” and “Notebooks of a mammal”, of such comedy and irony that it would seem that they would have served as a reference later one to the great Groucho Marx and Woody Allen. In short, this staged concert brings us closer to the spirit of the weird artist, who has been stated “he had come to the world too young, in a too old age”.