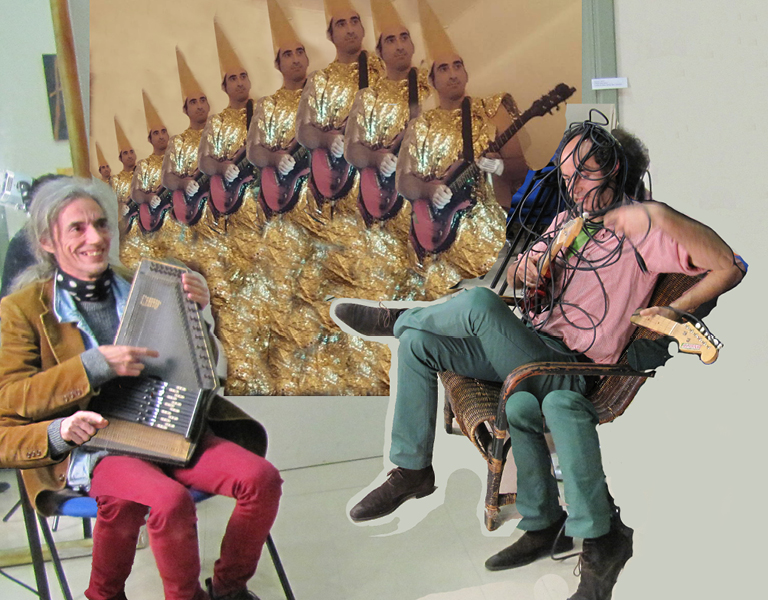 Enric Casasses, poet, dramatist, rhapsodist and translator. He is surely the most influential Catalan poet of his generation, author of a genuine, transgressive body of work and reviver of the tradition of oral poetry. With a highly varied background —from troubadour poetry to psychedelic surrealism, taking in authors such as Verdaguer and Víctor Català — Casasses has become the oral and written witness to a new way of writing poetry in Catalan literature.

Don Simón y Telefunken is a band from Tarragona, formed in 2001. They have recorded albums such as Música de Vanguarderia in 2002 or 25 Songs Looking for Ears in 2007, with the American label Acidsoxx Musicks. They have been characterized throughout their trajectory by mixing abstract and experimental sounds with catchy melodies, both rare and beautiful. Its members have worked for many years with artists llike Pascal Comelade, Albert Pla, Pau Orilla, Jaume Sisa or the Madrid micropoet Ajo.

This tandem have launched their latest work, Orbiten (2020, La Casa Calva) a cosmic combination of poetry and electrifying pop.