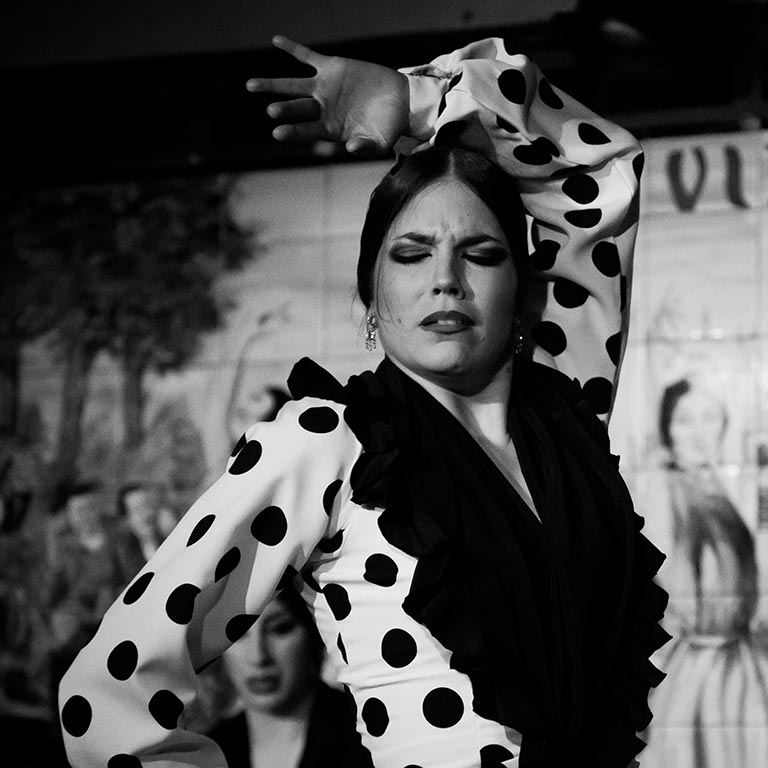 Bellmunt del Priorat, since prehistory, is known for a land rich in Galena. Many cultures have excavated the mountain to extract the mineral underground. At the beginning of the 20th century, it was the golden age of the mines and Bellmunt welcomed many families of miners from Granada (Andalucia). Into the colony, you could listen granaïnes, martinetes and buleries, true flamenco music…
The Tablao Flamenco is a show full of emotions and nuances that reach the depths of the soul. Music and dance merge into an artistic expression, considered Intangible Heritage of Humanity, as is flamenco.
Cristina Aguilera, a dancer from Granada, will offer us her dances accompanied by a great cast of flamenco artists from our Tarragona scene.