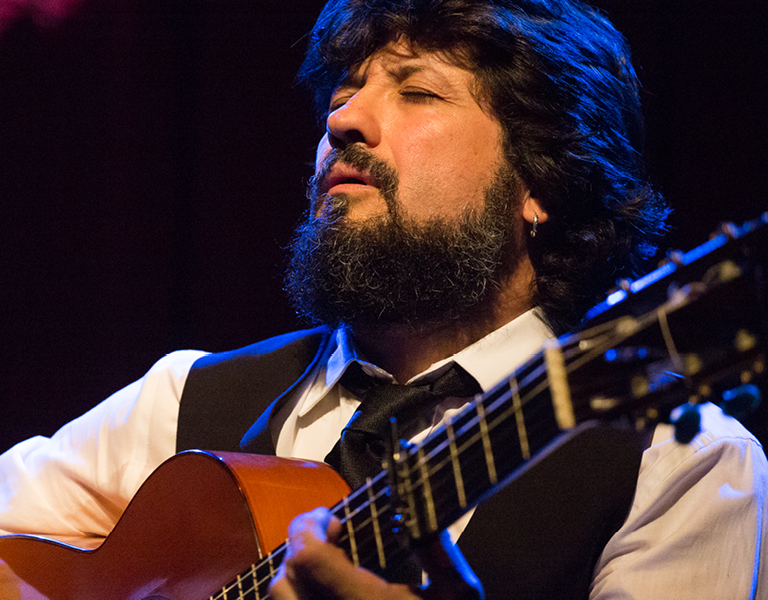 Juan Gómez, Chicuelo, is one of the top guitarists on the flamenco scene. A player with a successful, prolific career, he has accompanied singers of the prestige of Enrique Morente, Duquende, Miguel Poveda, Mayte Martín and El Chicharra, and has worked with jazz musicians like Chano Domínguez, Carles Benavent, Jorge Pardo , Raynald Colom and Marco Mezquida.

He has also done outstanding solo work, since his own group made its debut in the year 2000. Since then he has launched several projects, such as Caminos, premiered at the Mas y Mas Festival’21. He brings it to the Terrer festival in the company of the Mexican dancer Karen Lugo, a “bailaora” with one foot in the classical school and the other in more disruptive trends, the Cuban Martín Meléndez, a creative and highly sought-after cellist and the Valencian David Gómez, a versatile, virtuoso all-purpose drummer. Four great figures of the performing arts invite us to enjoy a colourful, thought-provoking journey.