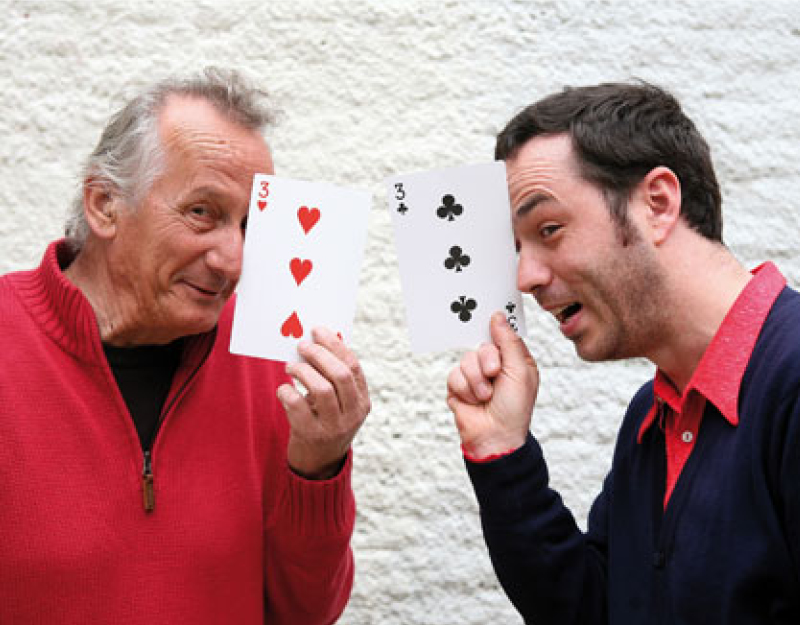 Jaume Arnella is a 21st-century storyteller, but many other things too: one of those responsible for the explosion onto the scene of the band Grup de Folk in the late sixties, for the rediscovery and popularisation of much of the Catalan traditional song repertoire, for the creation of the Tradicionarius festival in the late eighties and more. Carles Belda is a highly unorthodox accordionist, but many other things too: he was one half of the duo Pomada, front man on the successful album Per jamaicanes! by El Belda i el Conjunt Badabadoc, and also one of the leading proponents of Catalan “modernisme aborigen” (literally, “aboriginal modernism”). Together on stage, Belda & Arnella represent a meeting between generations, with unpredictable results ranging from spontaneous sense to sensible spontaneity. Since they first met when Arnella went to Sabadell to sing “La revolta dels quintos”, they have coincided more than once. But this is the first time they have put on a show together. There are not many clues to what the concert will be like. But Belda warns, “It will be something that we like and that makes us happy.”